Published on sidetracked.co.uk on October 7th. 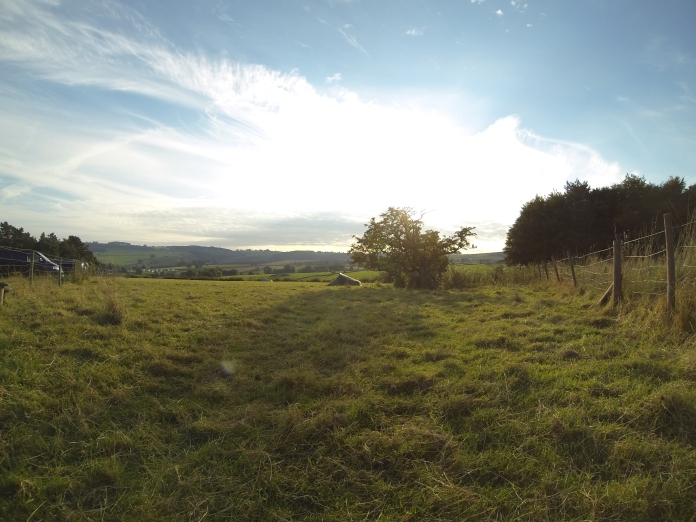 When I was twelve, I wrote an essay in primary school. It was called, “A perfect summers day’. Today, the scribbles of my childhood climbed from my copybook and materialised before my eyes. It was all there. The backdrop of sun, tents, tepees, a temporary bmx track, smiling people pushing bikes, climbing walls, kids on their fathers shoulders laughing like lunatics. I walk amongst them on my own, a huge red backpack hugging my shoulders. Just outside the quaint little village of Ashford on the Water sat Thornbridge. A village so perfect it eerily reminds me of the film ‘Hot Fuzz’. This was the Peak District, curved and sloping hills, hijacked for the weekend by five hundred outdoorsy folk wanting to escape the city and breath in the country air. Alpkit’s Big Shake Out was in full swing.

The Friday night audience has the honour of spending an evening with adventurer Alastair Humphreys. A dummy wrapped in a bivvy bag, a hat and head torch sits amongst the audience. Al’s edits play in the background, a copy of his mapazine, ‘There are other Rivers’ sits on every chair. Humphreys is the absolute best for making mad expeditions seem in reach of everyone’s abilities; “All you have to be able to do is get on your bike and pitch your tent in the same day. Do that every day and eventually you’ll get around the world.” He was entertaining, spirited, reeling us in one by one, spilling out great lines like; “I had a huge support team of seven billion people that were ready to help me.” He has kids and adults alike oohing and aahing as he retells the stories of his Empty Quarter Expedition, his river walk in India, his microadventures.

Read the rest of this story on sidetracked.co.uk