We take our bodies so for granted. At full health, what it is capable of doing is astounding; it can climb mountains, swim amongst the tides, sprint through fields of long grass… but what about those who never possessed a body at full health, those people who never had the option? When menial everyday tasks are more difficult, every outing is preplanned and climbing a stairs is an arduous task. How would you live your life if your lungs were your enemy? And your days were made up of physio, medication and hospital visits. When you had to consume 12 to 22 tablets a day just to keep you ticking over. How would you live if you were born with an illness that as of yet has no cure? Would you allow it to define you or would you rally against it in defiance?

Chris stops and sits on an outcropped rock to catch his breath on our 2km walk up to the hut were we will camp tonight. I hear his laboured breath, the painful drag in and out. Around us are dirt tracks and a brutally deforested area of Coillte. It is a muggy evening with a heavy grey sky that hints at an oncoming downpour. Chris pulls his backpack up and we walk on, heading into the trees. After about half an hour we reach our destination, a little green hut perched on a small cliff face overlooking rolling green hills. It is truly an idyllic setting to set up camp for a night’s microadventure, anything to liven up the week. We quickly unburden ourselves from our backpacks and lay down our mats and bags to gather sticks for a fire. 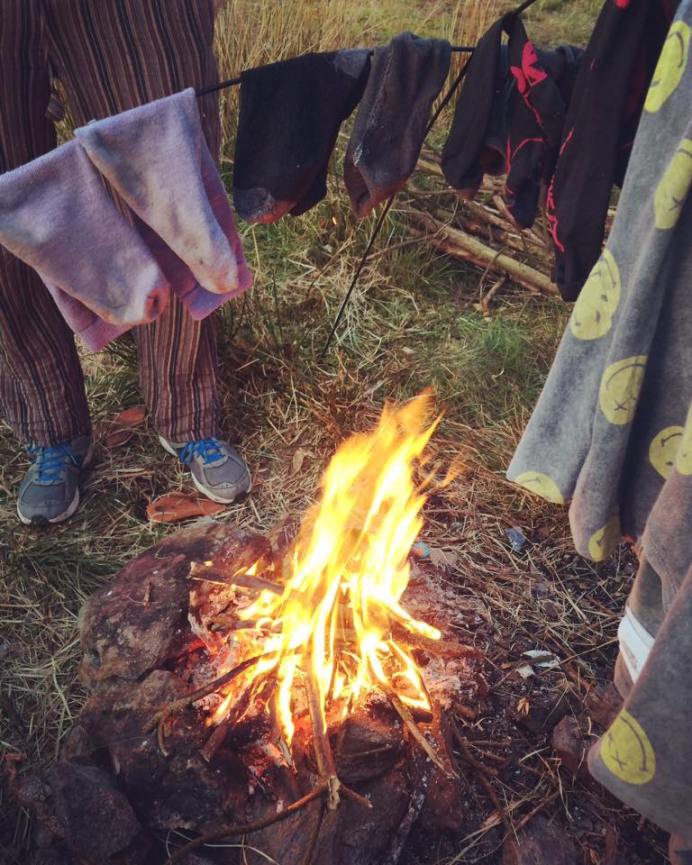 When I was in fifth year of secondary school my friend died from Cystic Fibrosis, he was sick his whole life, obviously sick, wheelchair and oxygen tank kind of sick. He died and we were heartbroken. We his friends continued to maintain contact with his family; his father James, mother Fiona and little brother Chris. We struck up a routine of sorts, dinners, drinks and a chat about the good times. The years passed by and one by one the friends slipped away, caught up with their own lives, their own worries and hardships but somehow I remained. I found his family liberating, strong and inspiring. They taught me so much about life and as I grew up they became my friends too. This family is different than any I’ve ever known. They are a joy to be around because they don’t suffer fools. They let you away with nothing; there is no such thing as I can’t and over the years we have lived a life less ordinary. We have kayaked the Slaney together, made it into the Guinness Book of Records for participating in the world’s longest swim, gone clay pigeon shooting, done countless Rubberman challenges and a few weeks ago we went camping for a night in the Wicklow mountains while Chris who also has Cystic Fibrosis was on IVs.

James throws some jacket potatoes into the ash to cook and we set about boiling water over the open flames. He plucks a bbq rack from those DIY bbq kits and perches it precariously between the rocks and logs to cook the sausages and pork chops on while the beans boil away contently in their tin. It’s a feast by my usual camping standards! Meanwhile Chris sits on a picnic table and lays out his syringes; one, two, three, four, five, six, seven, eight, nine… all glittering in the sunset on the pristine silver tray. He begins the slow process, filling them up from the glass vials one by one, lifting his t-shirt to expose the various contraptions attached to his body. He doesn’t skip a beat as he slowly injects the meds into his body, continuing the conversation as if this was totally the norm.

The risks are very real for a person with CF to camp while on IV’s; the lack of a sterile environment, the risk of hemoptysis with no easy escape route and a night spent lying on the cold hard ground is not the most comfortable. Three days ago Chris’s lungs were at 46%, the equivalent of me walking with one lung, yet he doesn’t complain. At 19 almost 20 years old, Chris is a breath of fresh air with his no bullshit attitude. CF does not define him or stop him experiencing all the simple pleasures that others his age have. Yes there are risks, but you have to live your life; “A lot of people with CF get caught up with all the treatments. It’s ok to once in a while to skip it. It’s not going to catapult you back,” he says, adding defiantly “Don’t let your treatments dictate your life. There is some leeway. A massive amount is mindset. If your health takes a small hit for a better life, its worth it.”

The sun lowers gradually but the moon is particularly bright tonight. We stare into the orange flames licking the firewood, prodding the embers occasionally. We sip tumblers of vodka and coke and red wine and we just sit and talk. A cold night ensues on hard ground, wrapped tightly in our sleeping bags to stave off the cold. Bedding down, Chris warns us of his coughing; he needn’t have, after a while he falls into a quiet slumber, unlike his father who will scare any potential predators away with his snores. 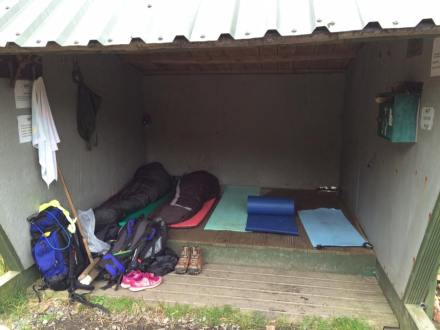 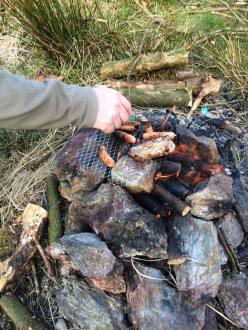 It is not an easy night and none of us sleep well, we wake the moment light returns, weary, sore and totally spent but exhilarated all the same. We get up groggily and stretch out our aching bodies. The air is crisp and damp and the birds greet us with their dawn chorus. We stuff everything into our backpacks, pull them on and walk briskly out of the woods. Time to go back to reality. A time out every so often is necessary to make you appreciate your cozy bed, the roof over your head, your life and to put those worries that seem so big into perspective. A little midweek adventure to wake us up, shake us up, anything to feel alive to feel normal. If Chris can do it, surely you have no excuse? 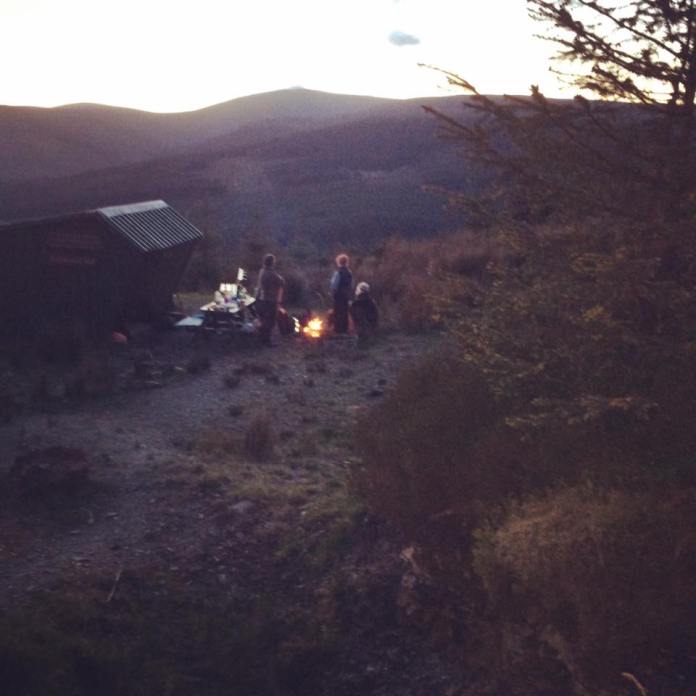